Our church is now open for Sunday morning worship.  Please take the normal precautions you would take when you are out in the community when entering the church.  More information is available in the announcement message below. If you have any questions or needs please click on the contact page. 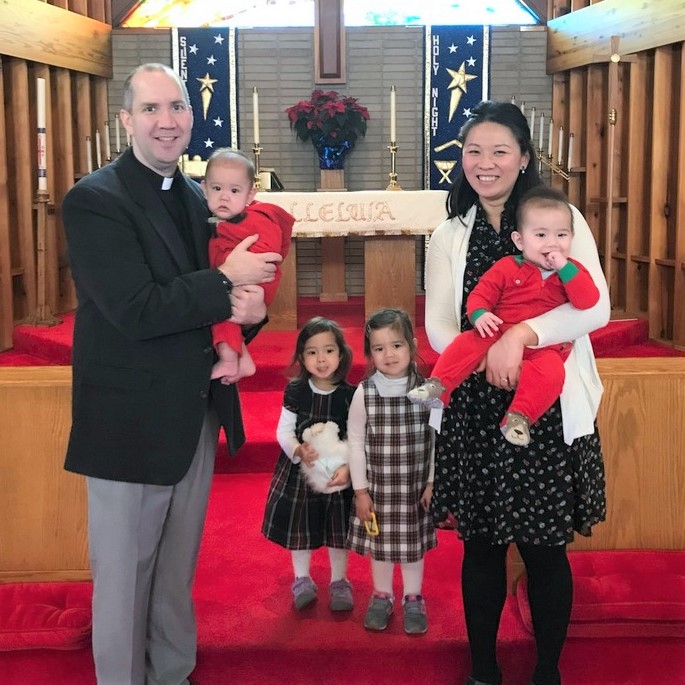 Rev. Chuck Hoffman has been serving as Pastor of Christ Lutheran Church since August 2018.

Born and raised in Traverse City, MI, Pastor Chuck attended Michigan State University and graduated with a BA in history.  During his freshman year, he was baptized and received into membership at Martin Luther Chapel in East Lansing, MI.  During his college years, he was an active attender and drove the church van to pick up fellow students in the dorms.  Pastor Chuck also went on two short-term mission trips to El Paso, TX / Juarez, Mexico to serve at Ysleta Lutheran Mission during Spring Break servent event trips.

Upon graduation Pastor Chuck was sent to Taiwan with LC-MS World Mission to serve in the special Volunteer Youth Ministry program.  These VYM volunteers took six months of language training and served small churches for two-year commitments.  Pastor Chuck spent a total of 3.5 years in Taiwan and became a fluent Chinese speaker.

In 2007 Pastor Chuck began preparation for the pastoral ministry at Concordia Seminary, St. Louis.  In 2009, Pastor Chuck and Jean were married at Martin Luther Chapel in East Lansing, and immediately set out on a road trip to California where Chuck had been assigned to vicarage.  During vicarage at Mt. Olive Lutheran Church in Milpitas, CA, Pastor Chuck and Jean served a two-week short term mission trip to Central Asia, going to two of the former Soviet Republics and lived among a small Muslim minority people group.